Posted on May 24, 2011 | Comments Off on A Foreign Policy Institute Obamamania Love Fest

Seeing the President as a “Born Again Neocon” 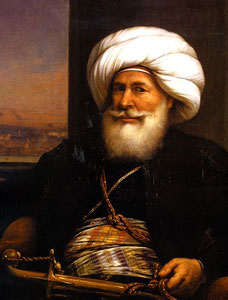 To hear former CIA agent Reuel Marc Gerecht tell it, Ottoman governor Muhammed Ali and his Menemencioglu tribe supporter, Ahmed Bey, spawned Egypt’s current parliamentary and democratic longings in the 1830s. Gerecht presumably somehow credits the Macedonian renegade’s 1832-1840 [1] effort to usurp control of the Nile region from his Ottoman Turk masters and effect his own Egyptian empire. In any case, Ali’s military prowess brought the Sublime Porte to the verge of ruin, forcing the Ottomans, in desperation, to seek unheard of aid from infidels — that era’s great Western powers. [2]

Gerecht posited his theory of Egypt’s glorious 19th century democratic nascence at a May 19, 2011 University Club gathering in Manhattan hosted by Washington D.C.’s Foreign Policy Institute. The “organic discussions” initiated in 1830s Egypt were “œessentially shut off by dictatorship in the 1950s,” a situation duplicated across “the entire Middle East,” Gerecht said. Strangely, he did not hint at what he believes to have thwarted Egyptian democracy from 1840 to the 1950s. Colonialism, no doubt, although it actually conveyed any and all enlightenment to have stuck.

Gerecht’s historical conception underpins his enthusiasm for the new push for Egyptian democracy. He lauded President Barack Obama’s hopes for “Democracy in the Muslim World and democracy in the Arab world.” From initially appearing “a little bit George H.W. Bush and a little bit more Frantz Fanon,” Obama has morphed, growing “as the great Arab revolt has unfolded, a little bit more George W. Bush,” Gerecht said. Fellow FPI panelist, historian Max Boot, concurred. While still “very critical” of Bush even during his first years in office, Obama has “done a 180 in many ways” and now feels “compelled in the same way that Bush became a born again neocon,” Boot approvingly observed. 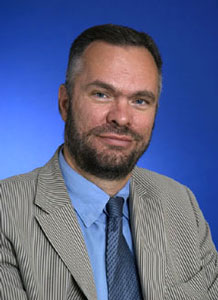 Granted, Gerecht is not completely dewey-eyed. “It’s going to be a rough ride,” he admits. He correctly expects Egypt’s imminent elections, whether in September 2011 or later, to win the Muslim Brotherhood at least 25% of the vote and seats in parliament, perhaps more. Gerecht also recognizes that upon winning such a margin, the MB will propose a legislative “vote to cancel the peace treaty with Israel” and attempt to formally institute as many aspects of sharia (Islamic law) as possible, succeeding in many (though he naÃ¯vely thinks, not all) aspects.

Unlike pragmatic realists, Gerecht said he does not “have a problem” with the likely results. “I want to see the Brotherhood do well enough so they can be a force,” he asserts. “I want to see great debates happen. The only way that you’re going to get evolution in this affair is for people to let rip.” He foresees a replay of “organic discussions” he imagines Egypt entertained nearly two centuries ago.

Nevermind that the Muslim Brotherhood now hopes to win 50% of the vote. [3] Nevermind that a recent poll found that at least 60% of Egyptians maintain fundamentalist Islamic views, 85% regard Islam’s political role as a “positive” (only 2% say it’s negative), and only 20% portray themselves as secular. [4] Nevermind that 91% of Egyptian girls routinely suffer female genital mutilation, [5] while Egyptian clerics routinely insist that Islamic law requires the practice. [6]

Boot differed slightly on U.S. “devotion to democracy” which he said insufficiently recognizes that the “actual messy, … semi-democracy” with which Egypt will emerge may “be more hostile to us and to Israel.” The U.S. should abandon its “overly idealistic” late 20th century view that everything will be fine given an uncompromised vote. “We should get our hands dirty here,” he said, and fund “more moderate, more secular, more pro-Western parties,” as done in the Cold War for pro-U.S. Forces.

Gerecht is not the only one with a distorted view of Egyptian democratic traditions.

Yes, in 1866 Khedive Ismail decreed that an advisory body be formed. [7] Ismail likewise encouraged cultural development. He initiated construction of what’s now called the Suez Canal, and increased the size of both the Alexandria port and trade with the West. [8] Ismail also expanded Egypt culturally. In 1770, for example, the Khedive commissioned Giuseppe Verdi to compose the opera Aida, which premiered in January 1771 at the recently constructed Cairo opera house. [9]

Attributing anything at all revolutionary to Egypt’s 1866 parliament, however, is utterly preposterous. The U.K. Parliament predated Egypt’s dictatorially mandated advisory council by centuries. [13] Russia established its nobles’ Boyar Duma in 1547; a century and two-thirds later, in 1711, Peter the Great transferred the Duma’s genuine powers to a new Governing Senate. [14] Norway first convened its Parliament in 1814; [15] French revolutions spawned public representation starting in 1830. Austria-Hungary and Romania both established parliaments in 1866. [16] Other European democratic efforts undoubtedly abound. To say nothing of North America, where 13 colonies established their first representative government in 1774, where New England towns for more than a century before that held annual representative meetings — and each colony self-governed on most internal affairs.

Under close scrutiny, Egypt’s little democratic developments actually look far less significant than Gerecht suggests. He appears completely oblivious to the fact that, even at its apogee in the 1920s, Egypt’s secular parliamentary heyday barely existed. Moreover, by the 1930s the Muslim Brotherhood had advanced considerably in its original Islamiyya center, and in Cairo and other populous areas too.

Haykal’s argument (i.e., already in the mid-1930s) that the Egyptian cultural soil was inhospitable any but Muslim inspired ideals and values seemed to receive resounding confirmation from the events and met enthusiastic approval from the public.

Since the 1930s, and certainly after the collapse of the Wafd (Delegation) Party in the wake of World War II, Egypt’s populace demolished imported Western ideologies. Islamic leaders successfully replaced them by traditional loyalties to the Arab and larger Islamic communities, Bostom reported, providing a succinct description of the phenomenon, penned by Gabriel Warbeurg in 1983:

[I]nstead of the principles of the French Revolution and British parliamentarism, Islam re-emerged as the main source for government.”

In the 83 years since Hassan al-Banna founded the Muslim Brotherhood, his heirs and its leaders had time and resources aplenty to develop a network in Egypt and worldwide, cultivate considerable financial aid from foreign governments (including Saudi Arabia) [17] and build a web of “charitable” funds—headed by “spritual” leader Yusuf al Qaradawi. The latter, an ardent supporter of jihad, suicide bombing, and wife beating, runs dozens of illegal and legal businesses to finance planned government takeovers. U.S. and European authorities have long known of MB plans written in 1982 [18] and 1991 respectively, [19] to impose sharia law globally and in North America. Organized and disciplined, the MB accumulated enough political expertise in the last near-century to dwarf any skills opponents might have retained from Egypt’s brief “democratic” experiment in the fairly distant past.

That MB experience hardly represents peacefulness, regardless of the latest MB spin. The organization parented every known Sunni terrorist organization today, and works closely with Hezbollah and Iran.

MB Shura Council member Abdul Moneim abu el-Fotouh, now making an Egyptian presidential bid, [20] in 1970 founded Jamaa Islamiya (JI). [21] That group assassinated President Anwar el Sadat [22] and in 1997 murdered 71 tourists in Luxor. [23] JI leader Karam Zohdi in 1981 received a life sentence for Sadat’s murder. But in 1997, Zohdi reputedly played a “major role” in a JI renunciation of violence and Egypt freed him in 2003.[24] The JI renunciation was either only local, or only temporarily expedient — or both — for in 2006, JI reportedly joined forces in several al Qaeda liquid bomb plots. [25]

Whenever convenient, el-Fotouh likewise routinely presents himself as a moderate. [26] That anyone ever believes him constitutes a sick joke.

In Jan. 2011, el-Fotouh said that the murder of 21 Coptic Christians praying in their church on New Years’ Eve was “a criminal act with Zionist…finger prints” to “sow hatred among Muslims and Coptic Christians.” Egyptian Muslims could not have murdered committed this atrocity. [27] Similarly, in Aug. 2006, el-Fotouh told the New York Times it was ‘better to support a Hezbollah-Iranian agenda than an ‘American-Zionist’ one.” He also accused the U.S. of invading Iraq only “to divide Muslims.”

In March 2003, el-Fotouh supported Islamic scholars who performed their ‘basic religious duty‘ in inciting Muslims to join jihad against the U.S. Al Azhar had rightly urged them to “defend themselves and their faith” against an “enemy” — stepping “on Muslims’ land” — which the clerics called “a new Crusader battle targeting our land, honor, faith and nation.” The al Azhar decree amounted to its clerics’ “attempt … to fulfill their duty before God,” since the U.S. planned “to enslave the Arab nation.” In Oct. 2006, the U.S. banned el-Fotouh from entering due to his many such past statements. [28]

In April 2011, Saad Ibrahim dubbed Egypt’s turmoil a “lotus revolution” after a native Cairo flower. But the Muslim Brotherhood will assuredly gain control of Egypt by “democratic” vote. At that juncture, logical observers can expect to see Cairo water its “lotus” flowers with rivers of blood that could make Khomeini’s slaughter of Iranian civilians look like a Sunday picnic.