Posted on February 6, 2009 | Comments Off on Stealing the stimulus 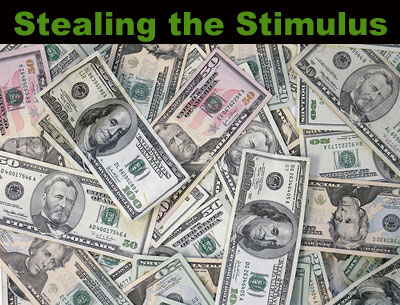 When are earmarks not earmarks? When Congressional Democrats add them to New Deal-style legislation.

According to Congressional Democrats, “there are no earmarks” in the American Recovery and Reinvestment Act of 2009, the massive $1.1 trillion stimulus bill under debate in the Senate this week. In fact, there is little except earmarks in the pork-laden legislation the Obama administration is marketing to skeptical Americans as the urgent cure for the country’s ailing economy.

As things now stand, less than 10 percent of the stimulus bill’s proposed projects could be expected to generate real economic uplift, mostly through tax credits and infrastructure funds. On the other hand, more than 90 percent of the bill would channel taxpayer funds to “special-interest earmarks,” state-level bailouts, and “permanent spending” increases for what will in effect be social engineering by the federal government.

Pork abounds in the bill. For instance, there is $88 million for a new Coast Guard polar icebreaker, $13 billion to repair and weatherize public housing, $2.25 billion for national parks, and $1 billion for the National Railway Passenger Corp. (Amtrak), which hasn’t earned one red cent since its original 1971 government rescue from Penn Central’s ashes. And that’s just the beginning.

Elsewhere, the bill looks like a vehicle for Barack Obama’s campaign plan to foster a national “green economy.” To that end, there is $18.5 billion set aside for energy efficiency and renewable energy programs, another $2.4 billion for demonstrations of how to safely remove atmospheric greenhouse gas, $2 billion for a Matoon, Ill. FutureGen near-zero emission power plant, and $600 million for federal government employee hybrid vehicles.

Despite its grand billing as a national life preserver, House Speaker Nancy Pelosi, in a telling demonstration of what Democrats once called “the politics of fear,” had earlier warned that “five hundred million” Americans would loose their job each month if the stimulus package were not passed…,” the bill is increasingly becoming liberal politics by other means. All in all, the bill packs in $136 billion for unproven ideas to create 32 new open-ended federal programs—most of which failed close inspection in earlier Congressional sessions.

While the bill will vastly increase the federal government’s reach, it is noteworthy that the government has never profitably managed a single enterprise. A by-no-means-exhaustive list of government failures might include mortgage giants Fanny Mae Freddie Mac, the mismanaged Federal Reserve Bank and US Postal Service, and the insolvent Social Security, Medicare, Medicaid systems. They’re all bankrupt, as are 40 of the 50 states, each of which is now begging for handouts from a federal government effectively just as bankrupt. As pundit David Coughlin asks, “Why do we think the people who caused these problems are able to fix them …?”

The stimulus bill amounts to a major opportunity missed. Bankruptcy—not a government bailout—is often the road back to solvency. Consider that six major airlines—including United, Delta, Northwest, and Continental—all filed for Chapter 11 and emerged with real hopes for profit. Such large and small steel companies as National Steel, Bethlehem Steel, Wheeling-Pittsburgh, Kaiser, Bayou, Weirton Steel, and many others have leveraged Chapter 11 to emerge as stand-alone companies—or to sell a leaner version of themselves to competitors. Pacific Gas & Electric and Kmart are healthy again, too, following their Chapter 11 filings.

No surprise, then, that over 100 economists are petitioning the Senate against the stimulus and 200 oppose financial bailouts in general. The public seems to agree. Support for the Senate stimulus plan has plummeted to just 37%, according to Rasmussen. Cooler heads are even starting to prevail in the Senate. President Obama called “centrist” Maine Sen. Susan Collins to the White House this week to discuss cutting the plan’s price tag to $700 billion, and to focus on tax cuts and spending to specifically generate jobs. That means spending of dubious stimulative potential—$780 million to prepare for a flu pandemic, for example—may soon be trimmed from the bill.

Still, it’s too bad that no one has managed to convince President Obama to eliminate the idea of “stimulus” spending all together. The U.S. already has squandered nearly $1 trillion in bailouts, to no avail. We got here “by spending and investing money that didn’t exist,” notes Oklahoma Sen. Tom Coburn. As a good physician, Coburn wisely prescribes treating the disease, not its symptoms.

The generic term for raising holdings in a tanking stock is “doubling down.” But great investors only do that for successful companies. The stimulus bill is something else entirely. If the Senate passes this “stimulus,” it would merely be doubling down on legislative pork. In the end, not even calling such proposals “job-creating investments” can disguise the fact that the bill won’t actually create jobs.