Posted on July 13, 2010 | Comments Off on FSM Exclusive: Peace, Tolerance and Religious Freedom? No Way 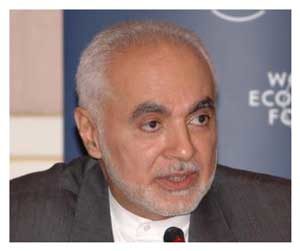 On October 20, 2009, American Society of Muslim Advancement (ASMA) leader Feisal Abdul Rauf and his wife Daisy Khan, both received a letter from Former Muslims United (FMU) requesting that they each sign the latter’s Freedom Pledge. Neither has yet signed.

Rauf and Khan both claim to be moderate Muslims. Yet they are determined to rip down a 150-year-old wrought iron building — less than 200 feet from Ground Zero — where a piece of jumbo jet fell through its roof on 9/11 after Saudi suicide bombers flew two loaded passenger planes into each of the World Trade Center towers. The fuselage remains in the building to date. In its place, Rauf and Khan want to build a 13-story mosque.

The Cordoba Initiative, an ASMA subsidiary, claims the building will not be a mosque but a “cultural center” open to all. However, ASMA registered itself as a “church” with the Internal Revenue Service — not a cultural institute open to all, according to Guidestar. The building will indeed be a mosque, and open to all only so as to “invite” non-Muslims to Islam. In Malaysia the title of Rauf’s 2004 book What’s Right With Islam, complete with its introduction from Muslim Brotherhood devotee Karen Armstrong, translates to “The Call from the WTC Rubble.” For decades, Rauf and Khan have operated entirely in sync with global Muslim Brotherhood “flexibility” guidelines, which in North America seek to replace the U.S. Constitution with Islamic law.

Now there is new evidence that ASMA’s purportedly “moderate” leaders do not support basic human rights for former Muslims: They failed to even acknowledge an October 20, 2009 invitation from Former Muslims United to sign its Freedom Pledge.

FMU initially sent the Freedom Pledge, fully named the “Muslim Pledge for Religious Freedom and Safety from Harm for Former Muslims,” to 59 major Muslim leaders at 24 Muslim organizations in time for them to have it on September 25, 2009 — the day on which, 220 years earlier, the U.S. Congress passed the Bill of Rights. The letters to Rauf and his wife Daisy Khan were sent in a second Oct. 20, 2009 round of invitations that went to 51 Muslim leaders at 26 more organizations, including ASMA, which houses the Cordoba Initiative.

“we now pledge our lives, our fortunes and our sacred honor to achieve for former Muslims their unalienable rights to life, liberty and the pursuit of happiness. We claim these rights as the foundation for our right to freedom from Shariah. We urge you to join us.”

The 878-word Freedom Pledge itself outlines the principles of Islamic law under which apostates from Islam are subject to the death penalty. It notes that the four schools of Sunni Islam — Hanafi, Miliki, Shafi’i and Hanbali — “unanimously agree that a former Muslim male, also known as an apostate, must be executed” and that a woman, at best must be “imprisoned or beaten five times a day until she repents or dies” and at worst, like men executed outright. It then goes on to cite 1978 and 1989 religious rulings — from the Fatwa Council at Al Azhar University, the closest Muslim equivalent to the Vatican, and the Mufti of Lebanon, each, respectively consigning a renegade Muslim to death if they “do not repent.” Perhaps “a misunderstanding on his part may have taken place, and there would thus be an opportunity to rectify it,” intones the Mufti. But he must do so within three days, or die.

“Overwhelmingly, Imam Feisal Abdul Rauf and his wife Daisy Khan … do not honor freedom to choose one’s beliefs as guaranteed under our [U.S.] First Amendment,” said Nonie Darwish in response to their dead silence since October 20, 2009. “That is the only conclusion we can draw” by their failure to acknowledge or sign the Freedom Pledge.

Rauf and Khan nevertheless hope to convince Americans that they think exactly the opposite. On July 6, 2010 at the Chautauqua Institute in New York state, Khan said

During the question and answer period that followed, an audience member asked Khan if the proposed Cordoba House mosque 200 feet from Ground Zero could be seen as a victory for Muslim radicals infiltrating America. She replied,

“It is a defeat to the extremists, … because Cordoba House will celebrate the very ideology that the extremists detest, which is the ideology of inclusiveness, pluralism, and coexistence between faiths.”

Khan referred there specifically to Quran Chapter 3, verse 109, which states,

“To God belongs all that is in the heavens and in the earth, and unto Him all matters are returned.”

However, she deceptively omits the critical following verse, 3:110, clearly stating that Muslims alone — not other human beings — are acceptable to Allah.

“You are the best nation ever brought forth to men, bidding to honor, and forbidding dishonor, and believing in God. Had the People of the Book believed, it were better for them; some of them are believers, but the most of them are ungodly.”

The point is reiterated, moreover, in the Tafsir (commentary) on the verse by al-Jalalayn:

“You, O community of Muhammad (s), are the best community brought forth, manifested, to men, according to God’s knowledge, enjoining decency, and forbidding indecency, and believing in God. Had the People of the Scripture believed, it, their belief, would have been better for them; some of them are believers, such as ‘Abd Allah b. Sala’m, may God be pleased with him and his companions; but most of them, the disbelievers, are wicked.”

The Quran expresses the same revulsion for non-Muslim “disbelievers” in Chapter 98, verse 6:

“The unbelievers of the People of the Book and the idolaters shall be in the Fire of Gehenna, therein dwelling forever; those are the worst of creatures.”

The al-Jalalayn Tafsir on this verse is equally adamant about the evils of unbelievers:

“Truly the disbelievers from among the People of the Scripture and the idolaters shall be in the fire of Hell, to abide therein (khÄlidÄ«na: an implied circumstantial qualifier, in other words, it will be decreed for them by God, exalted be He, to abide therein) ‘those are the worst of creatures’.”

This is not the stuff of sweetness, love and light. Rather, it reflects Rauf’s genuine feelings, as he has more than once expressed in Arabic. Clearly, Rauf himself reveres sharia law and wants to impose it. On Dec. 9, 2007, Rauf told the popular Arabic newspaper Hadi el-Islam,

“Throughout my discussions with contemporary Muslim theologians, it is clear an Islamic state can be established in more than just a single form or mold. It can be established through a kingdom or a democracy. The important issue is to establish the general fundamentals of Sharia that are required to govern.

“In the period after the Prophet, peace be upon him, new laws were permitted so long of course as these laws do not contradict the Quran or the Deeds of Muhammad… so they create institutions that assure [that there are] no conflicts with sharia.

“We recommend that in the case of a breakdown in the relationship between state and religious institutions … that the people follow the method of giving peaceful advice to governors and state institutions and use peaceful means [to convert them].

“And also [to] suggest that the rulers and political bodies consult with religious bodies and religious figures … so that [political] decisions reflect the spirit of the [sharia] law.

In March 2010, he even denounced interfaith discussions. The article in another popular Arabic journal, Rights4All, was entitled “The Most Prominent Imam in New York: ‘I Do Not Believe in Religious Dialogue’,” according to former Muslim and native Arabic speaker Walid Shoebat. In it, Rauf spoke against both “religious dialogue” and “interweaving into the mainstream society.”

“This phrase is inaccurate. Religious dialogue as customarily understood is a set of events with discussions in large hotels that result in nothing. Religions do not dialogue and dialogue is not present in the attitudes of the followers, regardless of being Muslim or Christian.”

Given these sentiments, it is no wonder whatever that neither Rauf nor his wife Daisy Khan would sign the FMU Freedom Pledge, promising to

“renounce, repudiate and oppose any physical intimidation, or worldly and corporal punishment, of apostates from Islam, in whatever way that punishment may be determined or carried out by myself or any other Muslim including the family of the apostate, community, Mosque leaders, Shariah court or judge, and Muslim government or regime.”

In fact, only two of the 111 Muslim leaders in 50 U.S. Muslim organizations to whom FMU sent the Freedom Pledge actually signed it. Those two heroes are Zuhdi Jasser (American Islamic Forum for Democracy) and Dr. Ali Alyami (Center for Democracy and Human Rights in Saudi Arabia).

The sad facts are these:

At Chautauqua on July 6, Daisy Khan should have told the truth: Yes, allowing a mosque to go up in place of an historic building at Ground Zero would be a triumph for extremist Muslims. Moreover, ASMA and the Cordoba Institute are among the heavy weight extremists leading that charge.

FamilySecurityMatters.org Contributor Alyssa A. Lappen is a U.S.-based investigative journalist focusing on the Middle East and Islam. She is a former Senior Fellow for the American Center for Democracy (2005-2008); former Senior Editor of Institutional Investor (1993-1999), Working Woman (1991-1993) and Corporate Finance (1991).