Posted on August 18, 2011 | Comments Off on The Anti-Defamation League’s Flat-Footed, Off-Key Shouter

An open letter to the head of the ADL, denouncing his condemnations of those who see Sharia as a threat to American values and liberty. 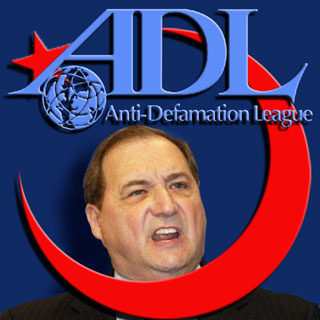 From Rabbi Samuel of Babylonia to Rabbi Gershom of Germany, scholars throughout Jewish history taught the people to adapt to their host nations — and never demand the reverse. Rabbis also prized those students blessed with generosity and sufficient wisdom and humility to admit their errors and apologize to injured parties. No one is perfect, of course, but they correctly tutored Jewish men and women that those trying to achieve these charitable goals (among others) would at least reach goodness.

Alas, as a native of Vilna and child survivor of the Holocaust, none could have shouted more obstreperously than did your Aug. 10 JTA op-ed, headlined “Shout down the Sharia myth makers.” Leaders do not shout. They speak, listen and continue to learn. Through off-key cheer-leading, you merely highlighted your own ignorance.

“The separation of church and state embodied in U.S. and state constitutions,” you wrote, renders completely unnecessary, proposed “anti-Sharia bills” in several states. Our constitution already “prohibits our courts from applying or considering religious law in any way that would constitute government advancement of or entanglement with religious law.”

Obviously, it would contradict every bedrock American principle to force any U.S. resident — whether citizen, legal resident, or illegal alien — to unwillingly comply with religious law. On this we agree. There, our agreement ends.

For you also allege that the bills — addressing recently exposed U.S. state court outrages imposing foreign laws that infringed upon constitutional law and universal human rights alike — were based not on reality or actual decisions. The bills rest on “prejudice and ignorance,” you claim, advanced through “myth making … about the threat of Sharia” in the U.S. These ills, you further assert, have effected “camouflaged bigotry” against Islam and Muslims.

Theoretically, American courts should strictly adhere to U.S. constitutional law concerning any and all religious practices, edicts or canons. But the record could not be more clear: they too often err on the side of foreign law — and make no apology.

Criminal defendants asked U.S. courts, as I noted to you in March 2011, to substitute Islamic laws in lieu of domestic statutes. In Massachusetts, a federal court denied the motion of jihad-financiers to excuse their terror-funding tax fraud via First Amendment religious freedom guarantees, which they asserted to protect their rights to provide Islamically-mandated “charity.” Based on sharia, however, a New Jersey court did absolve wife beating and rape before that state’s appeals court reversed its ruling. And a Florida court similarly ordered parties in a civil dispute to follow Islamic, not U.S. law.

Face it, Mr. Foxman: for decades, U.S. courts have also miserably failed Muslim women and children on foundational precepts. On Mar. 24, 1986, for example, Laila Malak lost her 14-year old son and 9-year-old daughter when California’s appeals bench enforced a Beirut sharia custody ruling — given without her knowledge or participation, and allowing only 15 days from her post-facto notification to mount what would almost assuredly have been a futile “appeal.”

Sharia courts always give custody of minor children to fathers, a fact mentioned in footnote 2 to the California’s appeals bench decision. Married to Abdul in 1970 in Beirut, Laila in 1976 fled its bloody religious war with him and their son Fadi, and bore Ruha Jan. 25, 1977, in Abu Dhabi. In July 1982, without Abdul’s permission (and therefore against Islamic law), Laila moved with her children to her brother’s San Jose home, where she filed for a divorce and custody. Santa Clara county superior court denied three attempts by Abdul to enforce a Nov. 1982 Abu Dhabi sharia order that gave him custody, without due process, Laila’s knowledge or court consideration of the children’s “best interests.”

Simultaneously, however, Abdul had secured a Beirut sharia custody order — also without due process or the consideration of children’s “interests” requisite in U.S. courts. Ostensibly, the Uniform Child Custody Jurisdiction Act (UCCJA) allows “comity” only for foreign rulings that hail from “legal institutions similar in nature” to U.S. courts — with “reasonable notice and opportunity to be heard” for everyone. What should apply, however, does not always.

Sharia courts are not “similar in nature” to U.S. courts, Mr. Foxman. As strictly Islamic judiciaries — neither secular nor civil — these dictatorial forums often force religious law on unwilling victims without recourse. Likely, Laila Malak has never seen her kids again. By contrast, Jewish law would not allow this; nor would a Jewish Beit Din ask that its decision replace U.S. criminal, civil or secular law.

Laila Malak’s tragic case could and would have been avoided had California previously adopted something like the American Laws for American Courts (ALAC) bills recently passed in Tennessee (May 2010), Louisiana (Aug. 2010) or Arizona (Apr. 2011). While the bills vary somewhat, none mentions sharia, contrary to your assertions regarding the Tennessee and Louisiana laws.

Since the 1970s, in dozens of similar cases, American courts nationwide applied sharia in lieu of constitutional laws. Albeit incomplete, a review of state courts and appellate benches produced manifold instances of “unconstitutional application of foreign and religious law in our judicial system.” Whatever their total, one cannot accurately describe cases unearthed thus far, as “a proverbial solution in search of a problem,” as you want us to believe. For the women and children affected they were life-destroying cataclysms.

No American, nor any Jewish leader, should accept that. You head an institution founded to defend and protect the Jewish people from anti-Semitism. Mr. Foxman, in Islamic nations, sharia laws implement institutional discrimination against Jewish people and other non-Muslims. Sharia demands and requires non-Muslim subservience. Who are you to defend it? How dare you?

With or without your unwarranted shouting, many courageous citizens, state and national legislators fortunately have acted, and will so continue, to prevent future travesties of justice.

Based perhaps on the experiences of your early life, Mr. Foxman, many long trusted and believed you to represent the American Jewish mainstream. Nevertheless, you lack an ounce of the humility evident in most great men. Via your intolerance of scholarship — and declarations on subjects of which you know less than nothing — you have unfortunately relinquished the right to trust, on any account.

This entry was posted in Articles, Commentary, Letters, Muslim Brotherhood. Bookmark the permalink.