Posted on September 7, 2011 | Comments Off on Sharia Lobby Shifts into 5th Gear

Slow down, moving too fast, got to make the U.S. last… 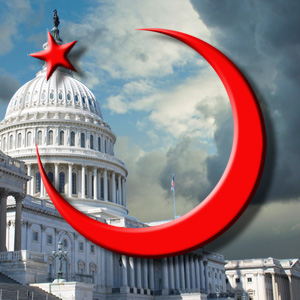 Sharia advocates desperately want to convince legislators and the public that Islamic law is plain vanilla — and totally nonthreatening to existing U.S. legal codes. Notwithstanding a nationwide Muslim Brotherhood-backed pro-sharia push, nothing could be further from the truth.

“There are many unpleasant doctrines within Islam,” including its “repugnant” criminal code, honor killings, female genital cutting, and a Quranic verse Muslim clerics often cite, proclaiming “wives as a tilth unto you” (2:223), to deny the existence of marital rape.[1]

So allowed sharia professor Sadiq Reza at an Aug. 25-26 New York Law School (NYLS) conference. Any attempt to enforce its criminal code, he added, “would violate Constitutional law.” He insisted, though, that western Muslims don’t “favor” these aspects of Islam and none seek to impose them. Evidence that they do abounds (here, here, here, here, here) but Reza said his broad web search found none.

Soon afterward, journalist Joseph Klein recalled some points of Egyptian Muslim Brotherhood “scholar” Yusuf Qaradawi, revered by the Islamic world — and “Fear, Inc.” co-author Wajahat Ali. Qaradawi identifies fully with sharia as described by former CIA director R. James Woolsey and fellow so-called hate mongers headed by Center for Security Policy CEO Frank Gaffney, not Ali and his co-detractors. Qaradawi considers charity “jihad with money, because God has ordered us to fight enemies with our lives and our money,” as I noted in fall 2007. Like the MB-backed Organization of the Islamic Conference (OIC), Qaradawi also seeks to internationally criminalize insults to Islam or Mohammed.

CSP’s sharia description is quite correct — not the “hate” or “lunacy” that Reza, Ali, Stilt and Fadel call it. Sharia is indeed a

“complete way of life” (social, cultural, military, religious, and political), governed from cradle to grave by Islamic law… Shariah is, moreover, a doctrine that mandates the rule of Allah over all aspects of society.”

Despite all sharia’s sobering negatives, orchestrated campaigns to hype it and smear its critics — with Reza in a vocal role — have worked their expected magic. Days after NYLS’s pro-sharia confab, in a Sept. 2 New York Times op-ed, Yale assistant professor Eliyahu Stern dutifully parroted the line of former Harvard Custodian of Two Holy Mosques prof. Frank Vogel, who thinks sharia “quite brilliant.” (On Sept. 3, its shine likewise compelled an unasked Dutch cleric, to “invite” Queen Beatrix to Islam.)

One might think a Yale assistant professor or the Times would check their facts prior to publication. One would be wrong. True enough, over 12 U.S. states are currently considering legislation that would outlaw using laws alien to U.S. foundational precepts in American courts. But Stern misspoke. A “bill recently passed by the Tennessee General Assembly equates Shariah with a set of rules that promote ‘the destruction of the national existence of the United States’,” he incorrectly groused.

Stern cited the summary of a proposed Tennessee bill version not actually passed into law. The real banana, Material Support to Designated Entities Act of 2011 (House Bill No. 1353), signed into Tennessee law Jun. 16, 2011 to amend its criminal code on terrorism, never once mentions the words “sharia,” “Muslim,” “Islam,” or “Islamic law.” Nor does American and Tennessee Laws for Tennessee Courts, House Bill No. 3768, signed into Tennessee Public Chapter 983 in May 2010, to address foreign laws containing discriminatory or unequal precepts or clauses otherwise alien to U.S. and state civil, criminal and Constitutional laws and public policies.Yet — evidently, without any independent study of sharia — Stern admonished its U.S. critics to forgo their Constitutional rights to free speech, and worse, allow and accept U.S. court recognition of Islamic law.

Put another way, the professors want American non-Muslim critics to comply with sharia and shut up.

Many women suffer real “oppression” in Muslim majority lands, for example, especially rape victims living under zina (extra-marital sex) or other sharia statutes, U. of Wisconsin law professor Asifa Quraishi admitted. Yet at every opportunity, including the NYLS conference, Quraishi has pushed hard to integrate sharia for Muslims into U.S. courts. Meanwhile, she’s advised international women’s rights advocates in Muslim majority countries that they would serve best “not to mention Islamic law at all.”

Quraishi blamed overseas human rights opposition to “sharia legislation (and sharia in general)” for exacerbating the plight of Muslim women. They “created an unwinnable and unnecessary war, of ‘sharia vs. women’s rights’.” That again said Muslims will not adapt, and infidels must follow sharia.

Here is the 7th century dictate to second class, non-Muslim subjects (dhimmis), writ large: non-Muslims’ criticism of Mohammed, Islam or sharia equals blasphemy. Such efforts to silence legitimate discussion render exceedingly troubling any consideration of separate and unequal sharia practices for use in U.S. courts. Already, too many U.S. Muslims ask and expect fellow citizens to censor themselves on sharia-related questions — or suffer bullying, and name calling best limited to pre-schoolers.

In 19th century Europe, Stern wrote, both political elites and philosophers embraced “fear that Jewish law bred disloyalty.” Immanuel Kant “argued that the particularistic nature of ‘Jewish legislation’ made Jews ‘hostile to all other peoples’,” Friedrich Hegel opposed Jewish dietary and other Mosaic laws as limits on an ability to identify with “fellow Prussians” or provide dutiful civil service and Bruno Bauer demanded that Jews renounce private religious rules in exchange for “full legal rights” and citizenship.

However, European Jewish history offers no logical reason for U.S. sharia critics to forgo their “full legal” and Constitutional rights to free speech or to allow Islamic law in secular courts. All citizens, including Muslims, already hold full rights, which no one seeks to revoke. Freedom requires no fixing.

To Muslims, sharia means justice, we’re told. Ironically, accepting such law in U.S. courts would create injustice, by making American Muslims more equal than others. They’d get exclusive rights, namely civil court access to religious cannon, not allowed to anyone else. This would substantially differ from the right to privately adhere (within the law) to religious cannon, which America has always allowed. Reinforcing this truth, the courageous U.S. men and women of AILC have clearly enumerated,

“the law should treat people of all faiths equally, while protecting Muslims and non-Muslims alike from extremist attempts to use the legal instrument of shari‘ah (also known as Islamic jurisprudence, or fiqh) to incubate, within the West, a highly politicized and dangerous understanding of Islam that is generally known as “Islamism,” or “radical Islam.”

“We see no evidence that statutes like HB 4769 will adversely impact the free exercise of our personal pietistic observance of Islam, which is not in conflict with the U.S. or Michigan constitutions. We recognize that not only Muslims, but also Jews, Christians and all people of faith need the government to protect their right to peaceful assembly, mediation and arbitration free of coercion, … within the bounds of American constitutional principles. Therefore, we stand together as a diverse coalition in support of any legislation that serves to protect and integrate our communities into the fabric of this great nation, by strengthening our accountability to the laws of the land, and the constitutions of the various states in which we live.”

If sharia were advanced, progressive, wonderful and “brilliant,” its truth and beauty could withstand all criticism and questions. But sharia raises a major reg flag, in banning free speech and inquiry. How it would play out in the U.S. is perhaps best examined by looks at Britain and Germany, where all sharia‘s ills stand fully exposed. One needs no PhD or LD to realize that officially accepting any part of a legal system so often demonstrably at odds with our own would, yes, prescribe genuine national disaster.

If anything, intense pressure from closet Muslim radicals for U.S. sanction of sharia should push every state that can to pass its own bill as quickly as possible.

[1] Andrew G. Bostom, “Sharia-sanctioned marital rape in Britain—and North America,” American Thinker,Oct. 15, 2010,, citing “Is there such a thing as marital rape?,” AMJAonline Jurisprudence Section, Association of Muslim Jurists in America, May 30, 2007, (first viewed 10/15/2010). Based on sharia, the influential Assembly of Muslim Jurists of America insists that marital rape is not a crime. The imams actually approve of felony attacks on wives. In 2007, a husband asked AMJA,“Is there such a thing as marital rape in the shariah?…is a man permitted to FORCE his wife to have sexual intercourse with him? … she is naashiz and unwilling to have coitus.” Fatwa # 2982 replied,

“For a wife to abandon the bed of her husband without excuse is haram [forbidden]. It is one of the major sins and the angels curse her until the morning as we have been informed by the Prophet (may Allah bless him and grant him peace). She is considered nashiz [rebellious] under these circumstances. As for the issue of forcing a wife to have sex, if she refuses, this would not be called rape, even though it goes against natural instincts and destroys love and mercy, and there is a great sin upon the wife who refuses; and Allah Almighty is more exalted and more knowledgeable.”