One of the most important strengths of a nation is its education. When U.S. school textbooks fail to deal honestly with Islam but instead present apologetics and propaganda, children are Islamists’ pawns.

When states should step in. 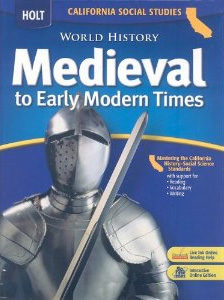 In August 2011, a Marietta, Ga. 7th grade teacher gave a three-page homework lesson from InspirEd Educators Inc. of Roswell, Ga. to students to help them discuss pros and cons of school uniforms. “Women in the West do not have the protection of the Sharia as we do,” declared a letter from a Saudi wife named Ahlima. “If our marriage has problems, my husband can take another wife rather than divorce me, and I would still be cared for.” She’s glad that Saudi women “have the Sharia.” When parents objected to the assignment’s pro-Islam stance, the school district changed the curriculum.

Some 22 states and U.S. territories currently maintain central textbook “adoption” standards to either recommend or require specific textbooks for public schools. Textbook adoption originated during Reconstruction to ensure that the Civil War narrative included Confederate views in southern states. In the public free-for-all that ultimately developed, minorities apparently appropriated undue influence. Thus, texts often downplay European history but include material unrelated to the U.S. Some books, for example, tout Mali’s medieval Islamic ruler Mansa Musa and his 1324 trip (with thousands of slaves) to Mecca. But they provide no connection to U.S. history — as none exists.

In the last two decades, sanitized Islamic history and dogma crept into broad use in U.S. public school books thanks largely to Shabbir Mansuri; to advantage Muslims, he maximized the minority role in textbook adoption (and falsely claimed to be a USC-educated chemical engineer). In 1990, he founded the Fountain Valley, Ca. Council on Islamic Education to promote Islam in textbooks and curricula, which he calls a “bloodless” revolution inside American junior high and high school classes. Mansuri derived the idea in 1988, after seeing a textbook disparage physical aspects of Muslim prayer, he says.

Independent review agencies affirm that CIE—deceptively renamed in 2006 as Institute on Religion and Civic Values (IRCV)—powerfully influences U.S. textbooks via state standards it helped to write.

For advancing “change” in school standards and curricula, CIE can largely thank Muslim convert Susan Douglass, who for 10 years wrote CIE lesson plans, advisories, guidelines and pamphlets to soft peddle Islam in public schools. Central is the Teacher’s Guide to Religion in the Public Schools that this author exposed shortly after its 2003 publication, purportedly as an interfaith “First Amendment” plan.

While probably unaware of their carefully staged genesis, parents for years have vocally opposed such Islamic instructions in public schools and texts as:

In Sept. 2010, the Texas Board of Education endured heavy criticism after issuing a textbook resolution asking publishers to fix the “pro-Islamic/anti-Christian half-truths, selective disinformation, and false stereotypes” that riddled textbooks. The board included four pages of notes to document “pejoratives” targeting Christians and “superlatives,” Muslims—e.g. brutal conquests of Christian lands were called “migrations” of “empire builders.” Books listed Crusaders’ massacres, but not the Muslim Tamerlane’s 1389 Delhi murder of 100,000 prisoners or his 1401 Baghdad massacre of 90,000 Muslims.

Whether named CIE or IRCV, Islamic forces spent decades stealthily cultivating influence over our nation’s public schools and curricula through “minority” channels afforded by “textbook adoption.” Other “adoption state” authorities should perhaps now add teeth to their own Texas-like counter-efforts.
________________________________

FamilySecurityMatters.org Contributing Editor Alyssa A. Lappen is a U.S.-based investigative journalist, with a focus on the Middle East and Islam. A former Senior Fellow of the American Center for Democracy (2005-2008), she previously covered the economy, business and finance, as a Senior Editor at Institutional Investor (1993-1999), Working Woman (1991-1993) and Corporate Finance (1991); and an Associate Editor at Forbes (1978-1990).

One response to “Adopting Pro-Sharia Textbooks”